Jackson Hole offers a glimpse of Wyoming in times past with untouched wilderness, small settlements and plenty of wildlife.  There are lots of places to visit and things to do while the quality of Jackson Hole vacation rentals means there is somewhere perfect for everyone from couples to families and groups of friends.

Jackson Hole is the name of the valley that runs from the Gros Ventre Range and the Teton Mountain Range in Wyoming as well as for the main settlement within the valley.  ‘Hole’ was a term used by mountain men who first came to the area because the valley had steep slopes that were hard to climb and felt like entering a hole.

The first town of Jackson was named in 1893 by Margaret Simpson who received all mail to her home at the time because there was no post office.  She named it for David Edward ‘Davey’ Jackson, one of the first white men to overwinter in the area.  Today, the town known as Jackson Hole is to the south end of the valley while other settlements include Wilson, Teton Village, Moran Junction and Moose.

‘Last of the Old West’

One of the claims of Jackson Hole is that it is the ‘last of the Old West’ and it is a claim it can fulfil on.  The town square in Jackson Hole, for example, has wooden boardwalks rather than concrete sidewalks and has two classic Western watering holes – the Million Dollar Cowboy Bar with its saddle bar stool and the Silver Dollar Bar.  The latter is within the Wort Hotel where you can see over 2,000 Morgan Silver Dollars from the mint in Denver placed into the bar.  Scattered around the valley are several authentic dude ranches and the Jackson Hole Rodeo.

The rich history and landscape of the valley mean there is plenty to see and do.  The wildlife in the area is particular noteworthy with almost 500 animal species inhabiting the area including one of the last grizzly bear populations in the mainland US.  The Snake River has the highest number of bald eagles in the region and there are even large, free wandering elk and bison herds to see.

Top of many must-see lists when visiting the area is the Grand Teton National Park, a 484-square mile national park with a multi-use pathway system and various hiking trails.  The area includes the Snake River and The Tetons, a range of rugged, rocky mountains whose name comes from the Shoshone word ‘Teewinot’ or ‘so many pinnacles’. 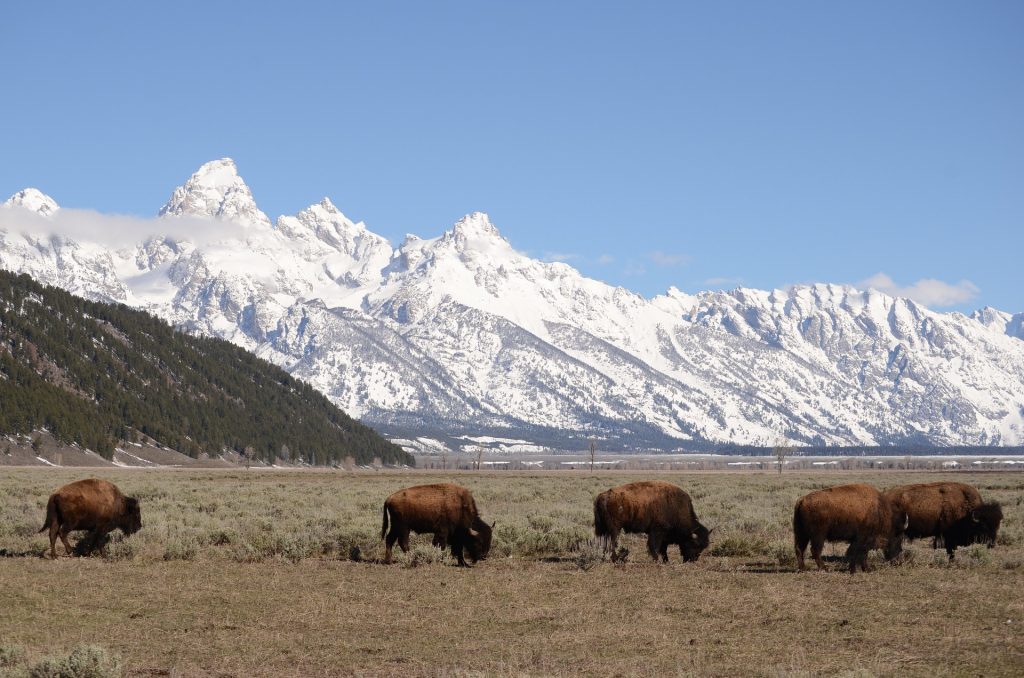 Popular spots within the park include Jenny Lake, where there are kayak and canoe rentals, the Jenny Lake shuttle crossing the lake and plenty of hiking trails.  There is also the Craig Thomas Discovery Centre and Visitor Centre at the entrance near Moose.  This is the base for the park rangers and a great place to learn about the wildlife in the park.

Yellowstone National Park holds the record of being the first national park in the world and also to containing some 10,000 active thermal features, most famous of which is Old Faithful.  Most of the 3,500-square mile park is in Wyoming, with some areas in Idaho and Montana.  As well as seeing Old Faithful, visitors should see the Lower Falls, the biggest waterfall in the park at 308 feet.

The Jackson Hole Mountain Resort has been voted nest ski resort in North America for the last five years and is considered the nearest experience to a European ski resort that the US has to offer.  It has the longest continuous vertical rise in the country and the Aerial Tram has become the unofficial mascot of the area – it covers 4139 vertical feet in just 12 minutes and can carry 100 passengers.

The National Elk Refuge covers around 25,000 acres and is the best place to see thousands of wintering elk who gather there to rear their young.  You can watch the dominance fights but make sure you keep your distance!  There are also bison, coyotes and even some wolves seen in the park.  In summer, you can follow the trails to see the Miller House and enjoy the varied fauna that the area is famous for.

As well as the many stunning places to visit around the Jackson Hole area, there are also a number of annual events that are worth checking out if you plan to vacation around the time.  The Jackson Hole Fall Arts Festival takes place in September and is one of the top arts festivals in the West with works from acclaimed artists from around the world.

For sports fans, there is the Grand Teton Half-Marathon (June), the Jackson Hole Marathon (September) and the World Championship Snowmobile Hill Climb (March).

One of the best things about staying in Jackson Hole is the variety of luxury villas and hotels that you can stay in.  Many of them have the look and feel of historic homesteads and lodges while there are also ultra-modern hotels.  Accommodation is available from two or four right up to larger groups of 14 and 16 so there is always something to suit your party size.

Jackson Hole offers the chance to Wyoming as it was in times past while still having the best of modern facilities.  Luxury rental accommodation is found alongside stunning national parks and there are also high-quality ski resorts for winter sports fans meaning there is something to suit all tastes in the area. 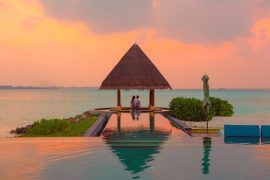