2018 was a great year for a lot of reasons! Film, however, was not one of them. There were a lot of box office flops that disappointed us in 2018 but we’re ready to move on to a new year! Here are some of the movies that we’re really looking forward to in 2019:

The most exciting bit of this is that the fans can’t wait to see if Shyamalan can actually pull it off. In split, there were more than 10 kinds of problems, however, a sequel could present an interesting approach to superhero films.

Unbreakable has three superpowered protagonists brought together by Night Shyamalan. The audience is eager to see the collision of Split and Unbreakable and if the trailer is anything to go by, then the film will be unlike anything that’s been seen before.

The A-list cast features Samuel L. Jackson, Bruce Willis, and James McAvoy and they bring to the table a refreshing start to a new year. This movie has the potential of becoming the best film of the year.

Brie Larson makes her debut in Captain Marvel as the title character. The film explores the original story of Carol Danvers. After Earth is caught in a crossfire between alien races, the only hope for the survival of humanity is Carol.

This is the first time that Marvel dedicates a movie solely to a female superhero. Carol, an Air Force Pilot turned superhuman, will be fighting shapeshifting Skrulls side by side with Gemma Chan and Jude Law. The film is set in 1995 and is definitely going to be one of the largest grossing movies of the year.

David Harbour, who plays the sheriff in Stranger Things, takes on the red titular demon. This version focuses on the Queen of Blood, a.k.a. the Nimue arc of the comics, Hellboy wielding Excalibur, among other things.

Thanks to director Marshall of Game of Thrones, the pulp hero gets a reboot. Whether or not you’re an ardent fan, this comic book which is in its third installment is no doubt going to be a must-see.

Wick, played by Keanu Reeves, has undoubtedly become a modern-day action icon, and he’s back yet again. Only this time around, the intricate web of high-powered assassins and homeless agents traversing the globe won’t be of much help to him. After what transpired in Chapter 2, where Wick violated one of the main rules of his trade by murdering in cold blood a man while in the safe zone, his life is on the line and Wick will have to find a way to make it out of the Big Apple all by himself.

The live-action Disney animated movie will have a huge budget retelling the 1992 classic with Will Smith as the Genie. This swashbuckling remake directed by Guy Ritchie will have lots of sizzling visual effects and bold camera work. On top of the old songs, Composer Menken is reported to have penned several new ones also.

How Can I Increase My Chances Of Winning Bingo?

The Most Famous Movie Thefts in the History of Casinos 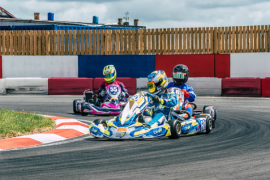